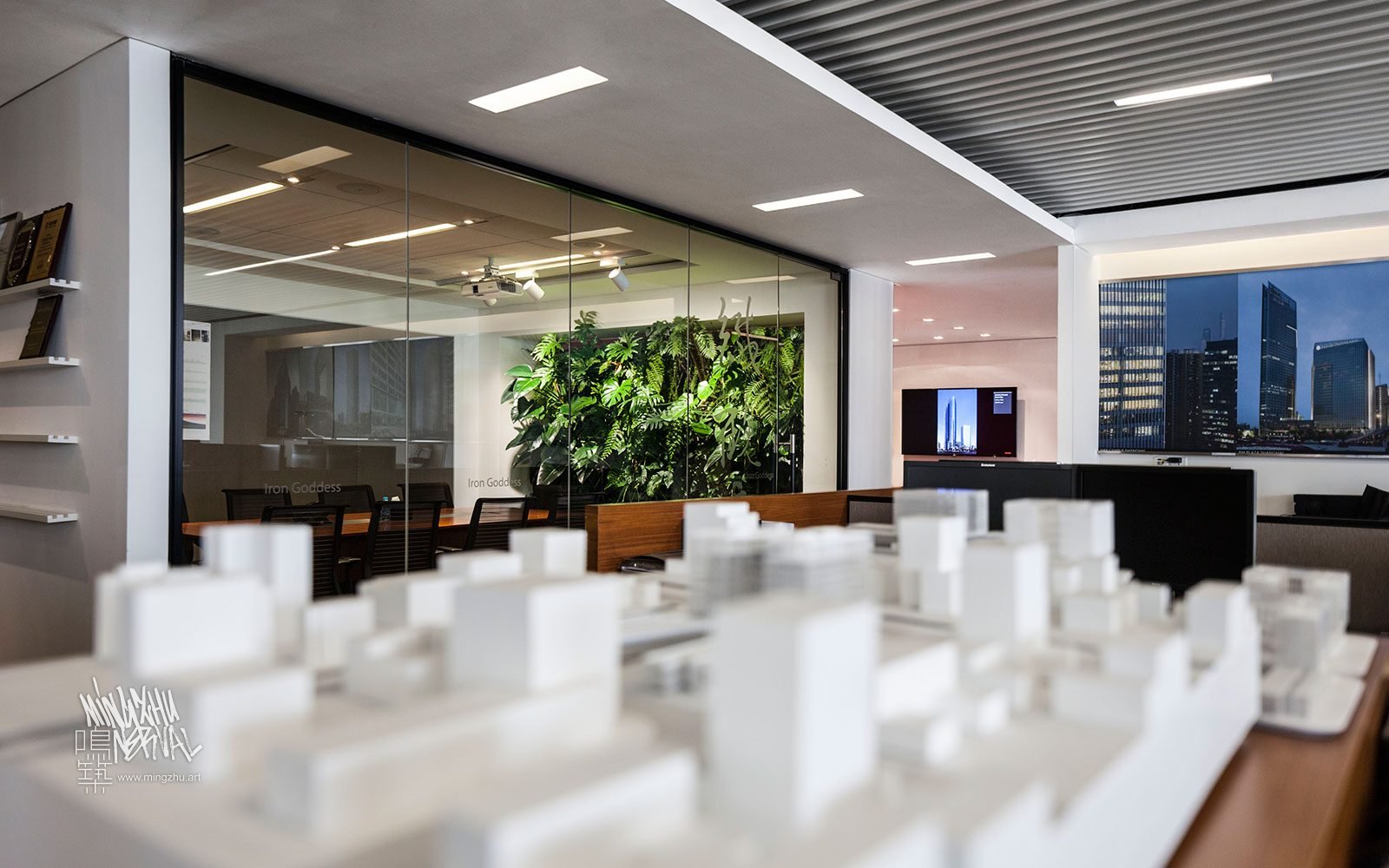 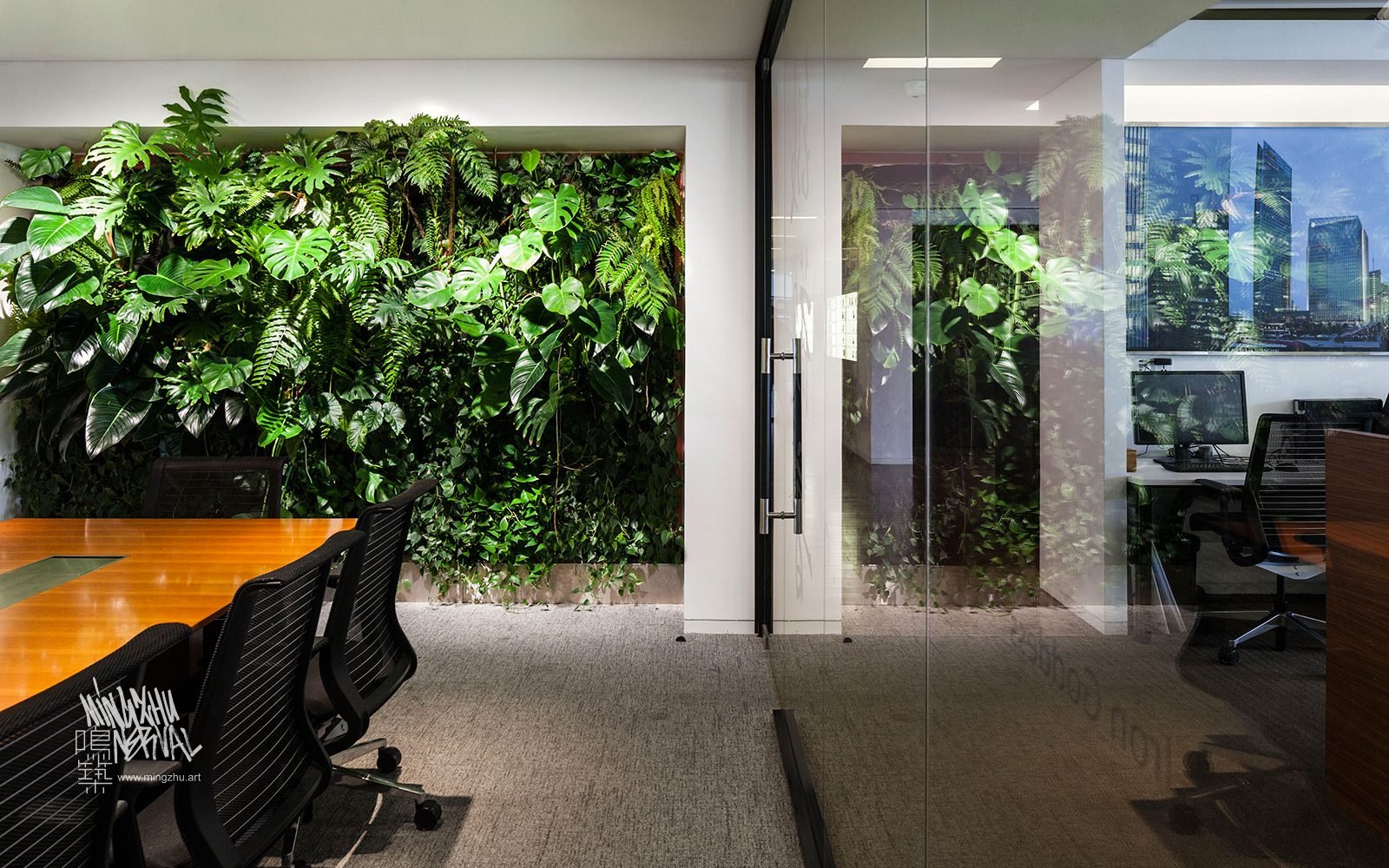 This installation was part of a research project conducted with Gensler called « Why Should Wall Live ».

We conducted an experiment to test the effect of a living wall on indoor air quality and thermal comfort of occupants in a real-life working environment. We used two conference rooms in Gensler’s Shanghai office — one served as the control room. For the other room, we created a “green” room by installing a living wall, specifically using plant species known to target indoor air pollutants and improve indoor air quality (IAQ) levels. The plans, furniture fit-out, and ventilation of the two rooms were identical, and differences in lighting plans were only slight.

The living wall was installed in February 2016. Over the course of twelve months — March 2016 to March 2017 — we monitored levels of CO2, particulate matter (PM2.5) total volatile organic compounds (TVOC), relative humidity (RH), and temperature in the two rooms. We used this data to conduct a detailed comparative analysis at the conclusion of the study, uncovering measurable impacts of living walls on the workplace environment, as well as areas in which additional research is needed. We also surveyed 60 members of Gensler Shanghai who used the two rooms to gather input on their experience and preferences related to the green room.